Domination (or Clan Wars) is indeed one of the most attractive parts of Rush Wars. It contributes a lot of cards to the long-term gameplay and definitely helps you intertwine with the other members in your team easier.

You can easily navigate to the Domination page via the button located above the Attack button, on the left side of the screen.

During the Clan Wars, there are 2 main phases:

Only Leader/Co-Leader can choose the participants and launch the Domination. To start the Team Wars, a Team needs to have at least 5 people. 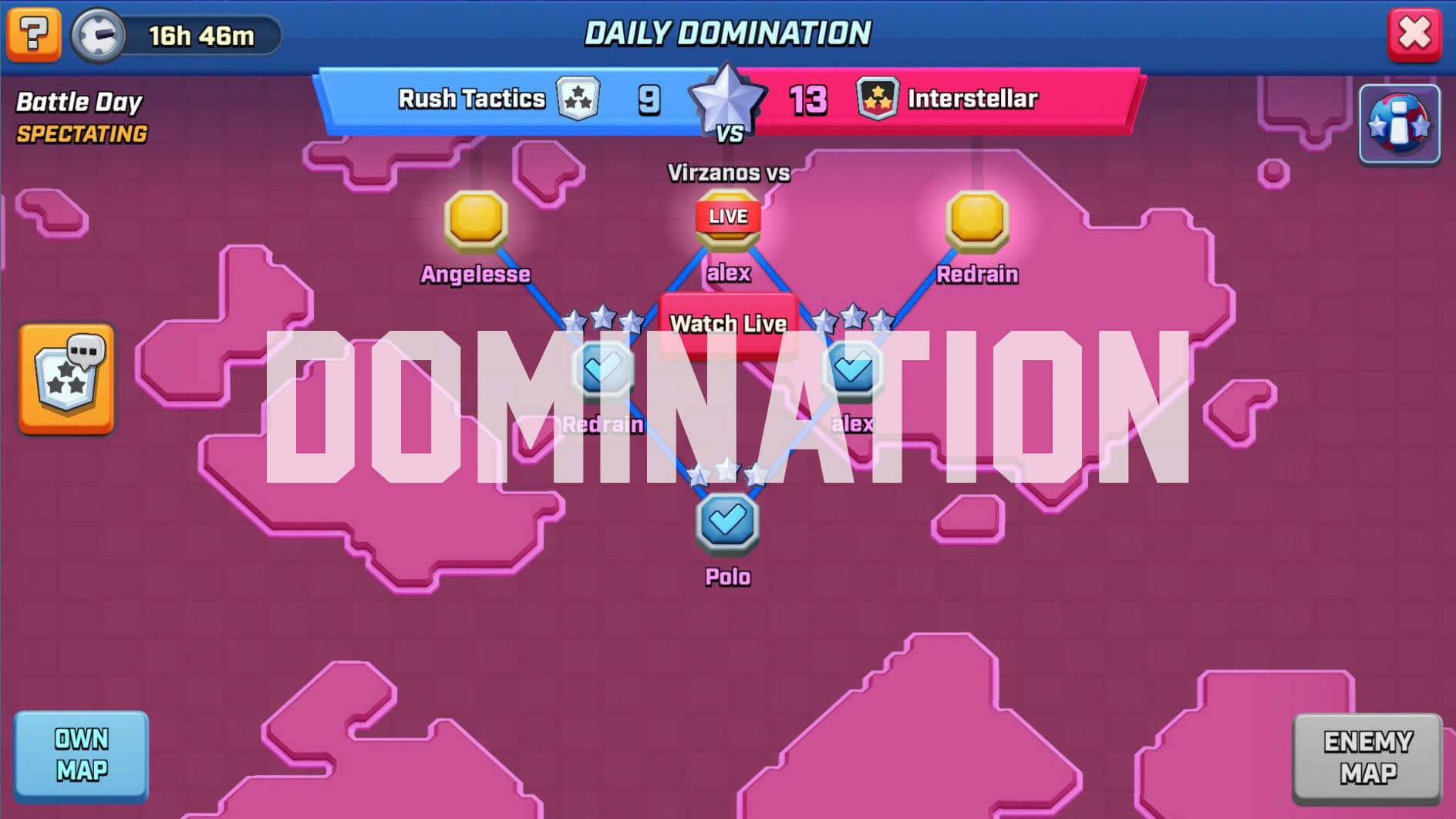 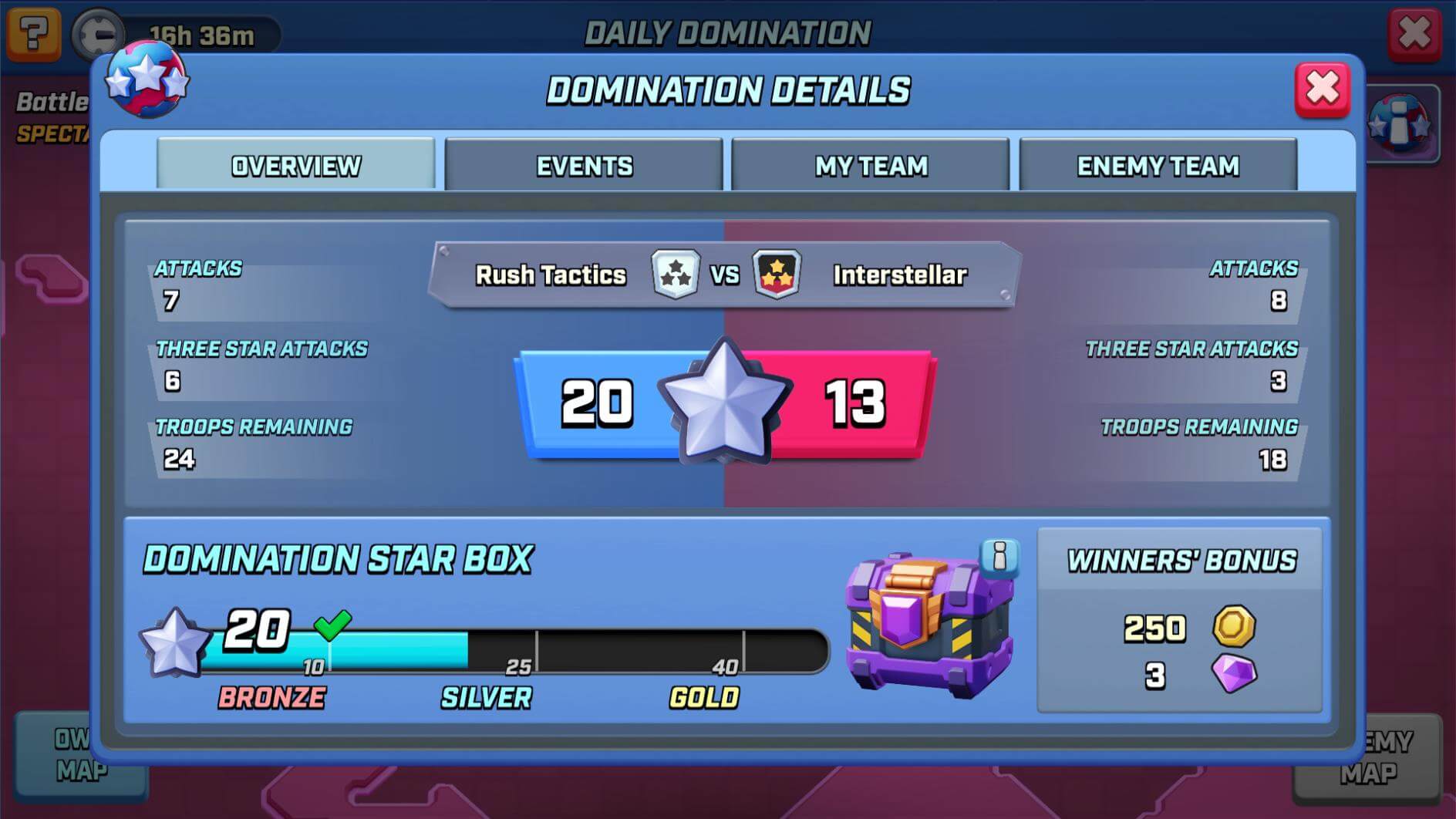 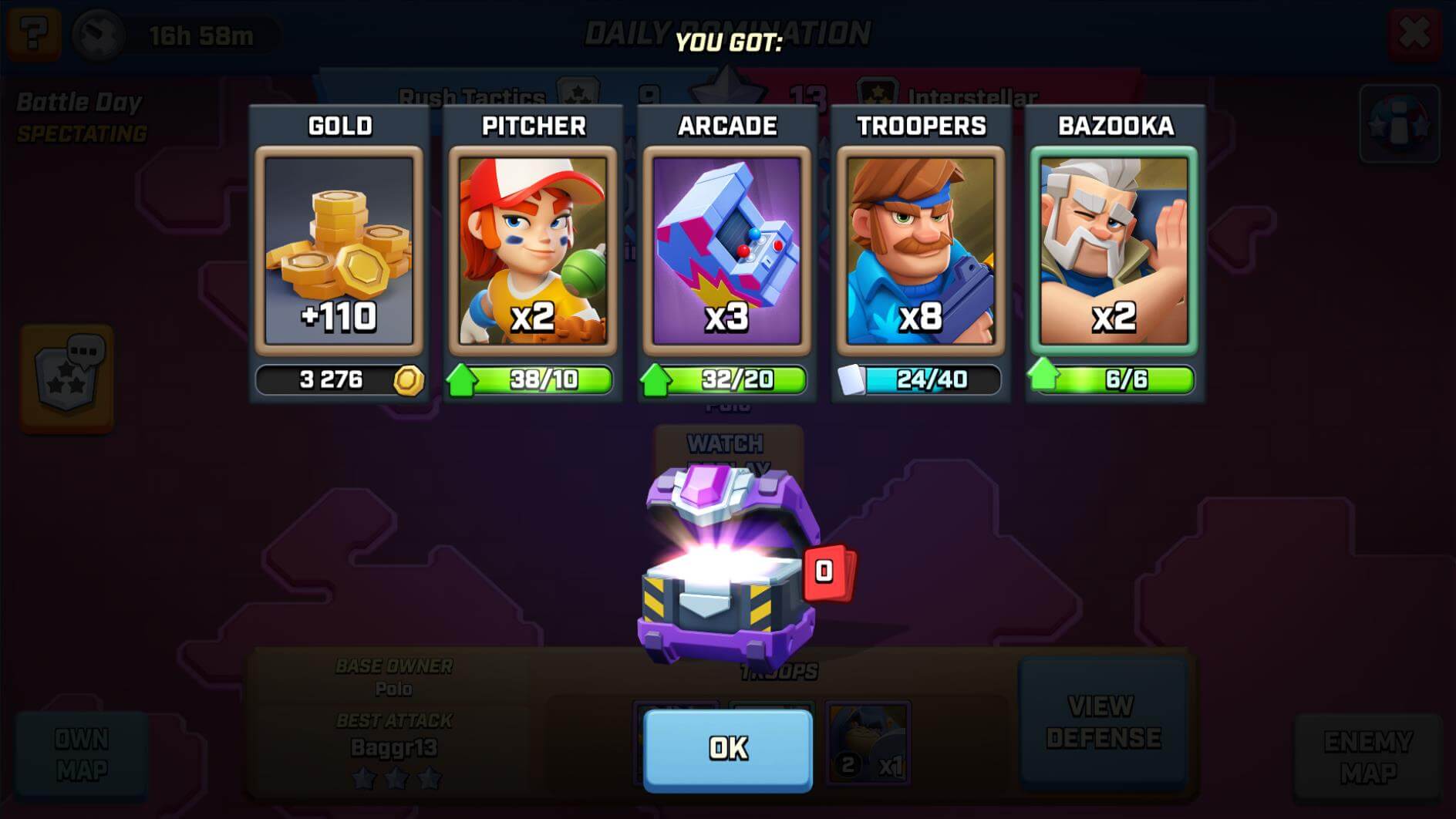