If you want to download and play Rush Wars PC, look no further. The computer version of the new Supercell game is finally available to download.

At the moment, using Bluestacks is the only way that allows you to play Rush Wars on PC. Using other Emulators such as NoxPlayer, Memuplay and some others simply doesn’t work. The game will crash immediately when you open it on those Android Emulators. There are not too many devices supported by the game right now and luckily Bluestacks is one of those.

In order to play Rush Wars on your computer, simply follow these simple steps! We will try to cover everything as simple!

Firstly, you need to download and have Bluestacks ready on your PC and then we will install Rush Wars on it.

At the moment, Bluestacks supports Windows 7, 8, 8.1 and 10. Just ensure that your computer meets the minimum requirements below and you are good to go.

The file you have just downloaded should be named BlueStacks-Installer_4.****.exe. Let’s open it and start installing the emulator!

After installing Bluestacks 4, press Launch to start the emulator.

Now we have the Emulator ready to use. The next step is to download the game.

There are 2 ways to download Rush Wars on PC:

We have already shown the way to download the game directly via Google Play before. You want to check out the tutorial via Download Rush Wars page for more details.

In this tutorial, we will provide you with a much simpler way to install the game, it’s installing the APK file of Rush Wars.

After downloading the APK file above, click on it to open. Bluestacks will automatically install Rush Wars on your PC. You will now see the game icon right on the main screen of Bluestacks. 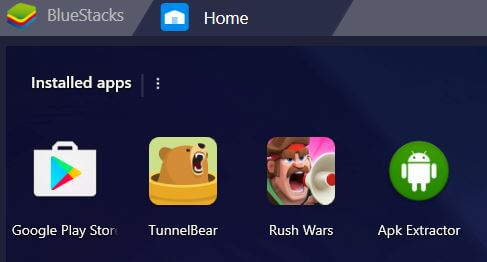 You can now open the game and play without any issue!

Note: This apk file might work only on Bluestacks 4. If you facing a crash, make sure you use the Bluestacks download link we provided above. 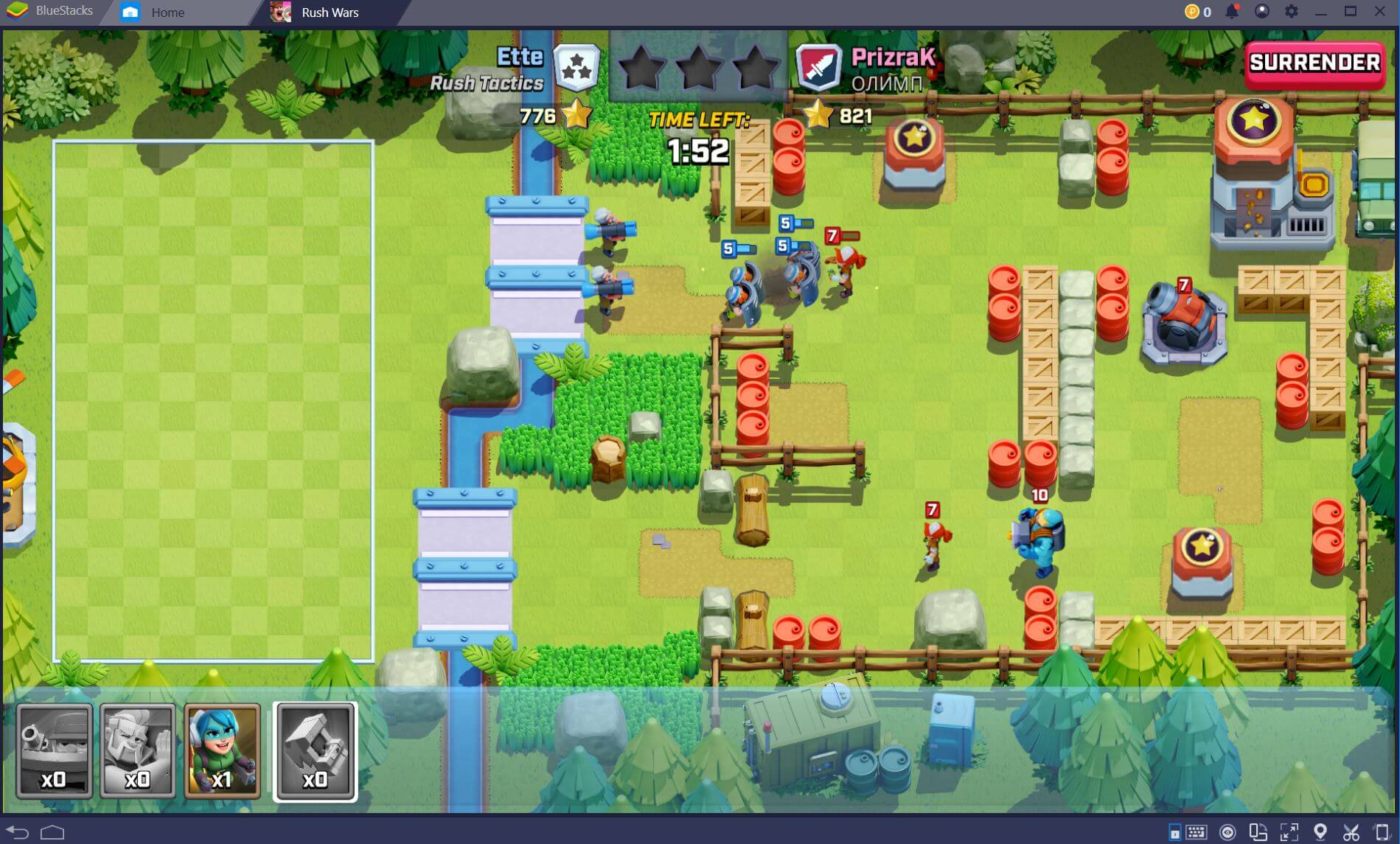 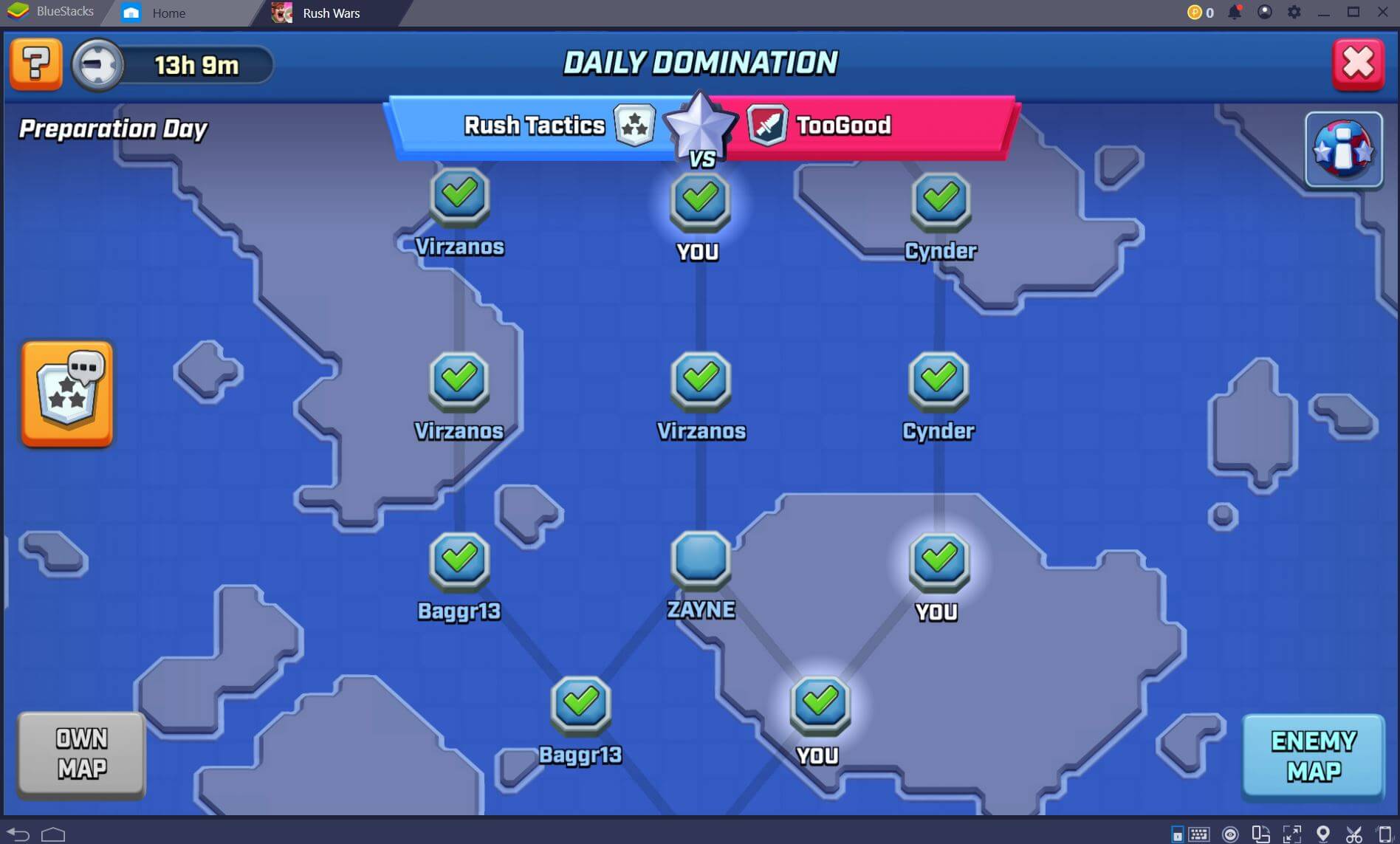 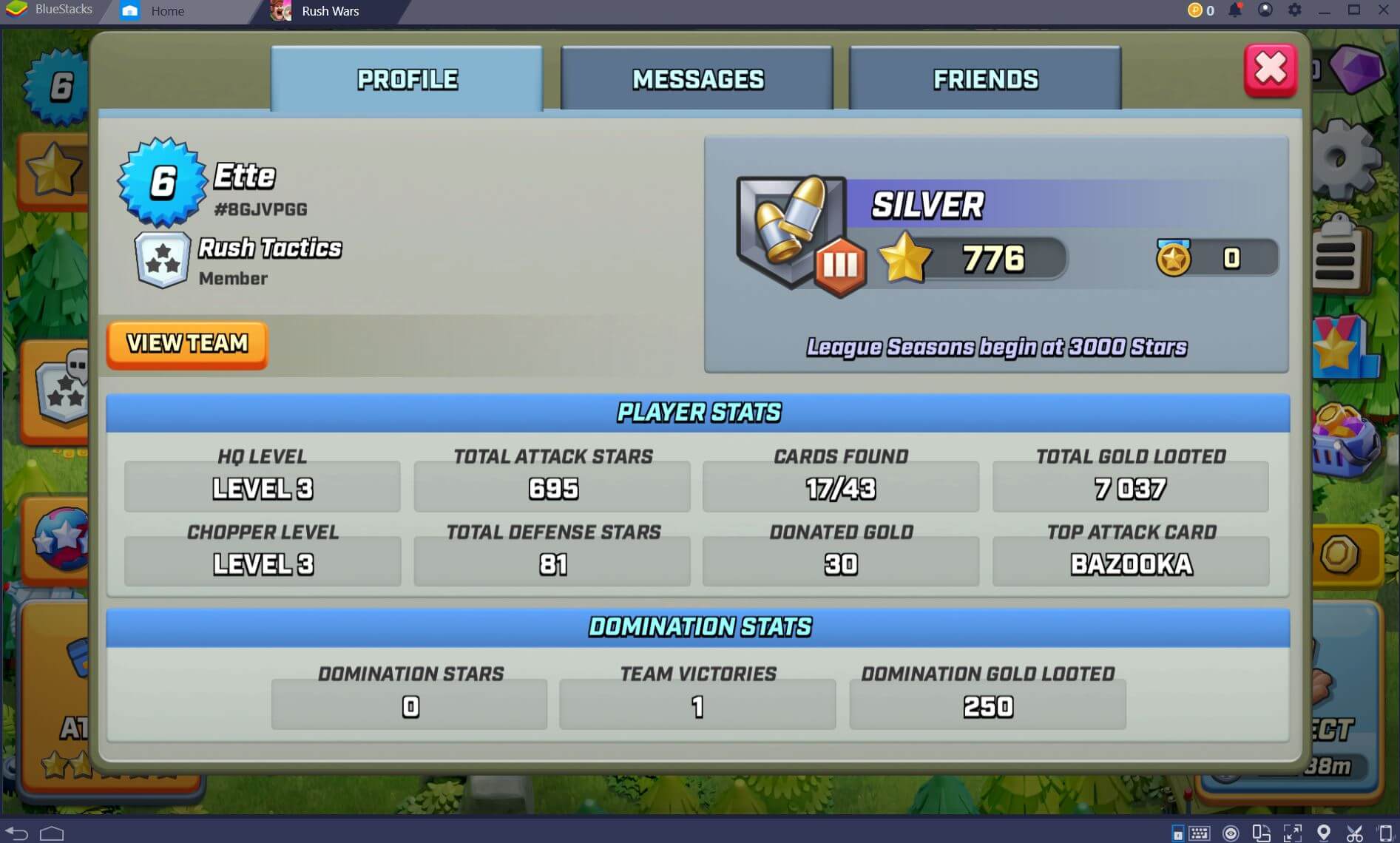 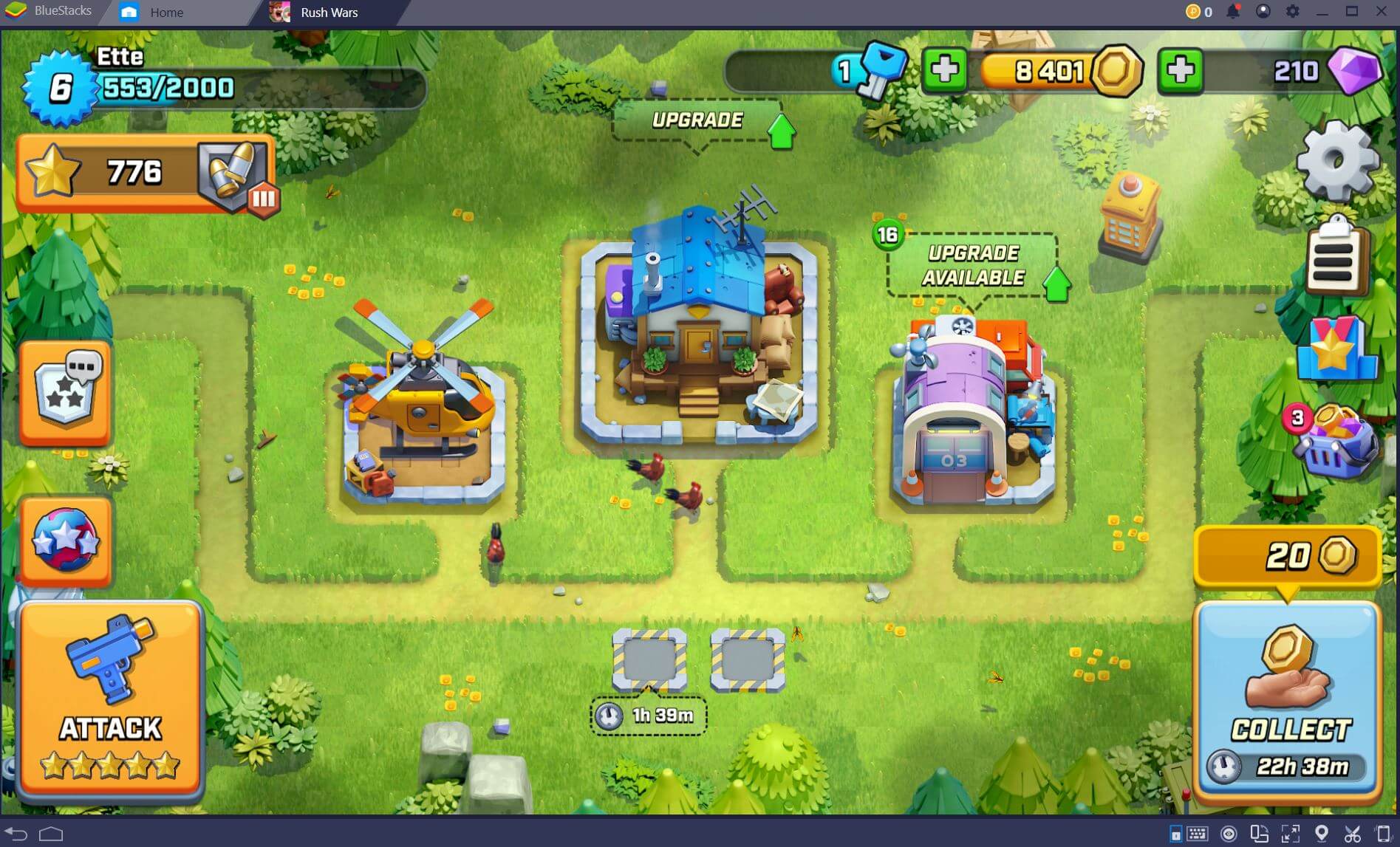 What is Rush Wars PC?

Are you ready to raid the enemy gold mines and become the richest army in the universe?

Rush Wars is the new one-of-a-kind Supercell game, brought to you from the creators of the most outstanding video games in their own categories: Hay Day, Clash of Clans, Brawl Stars and Clash Royale.

This new outstanding mobile game comes with a lot of heroic high-end combats, evolving around tons of unexpected strategies.

In Rush Wars PC, players will use Jetpacks, armor-armed Gorilla, Ninja, robot dinosaur, and even satellite to attack the other players, aiming for those delicious gold mines!

While being a very casual mobile game that everyone can play, Rush Wars PC still provides everything you love to see in a superb strategy game that never becomes boring: