Best tips for defeating all 50 stages of the Archero Chapter 5 with ease! 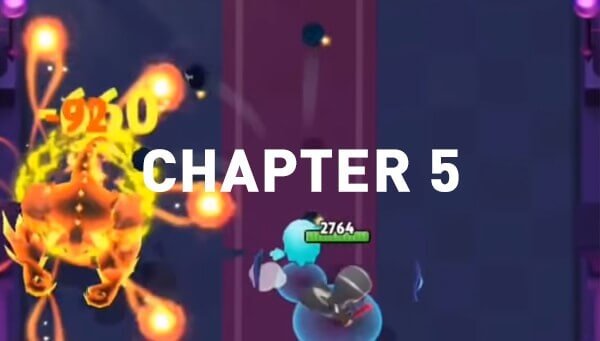 There’s almost no significant problem except Skulls & Laser Bats. Prioritize to get closer and kill Laser Bats first, then you will have more room to attack and run from Skulls. The best way to deal with Skulls is moving around and enticing all of them to a bunch and using Tornado to pierce them. To do it effectively, you have to evaluate the charging range of Skulls and improving dodging skills to avoid their charge attacks.

Purple Balls. Standing near walls or objects can help you avoid the 0—0 beams because the borders will prevent the beam before it hits you. To deal with the Crossbows, stay immobile, wait till these enemies focus on you about full second, quickly move left/right when their crosshair disappears. This strategy really works when you’re facing numerous Crossbows. The more you practice the better you can dodge Crossbows. Otherwise, Skulls and Crossbows have higher HP so you should destroy Laser Bats and Purple Balls first, which’s HP are lower.

Spinning Golems. The random attack directions makes them become irritating and dangerous. Standing close to the walls/corners enables you to tell easier in case theirs attacks aim directly to your position. Do not get close to the Golems, try to keep a certain gap from them if you don’t have freezing attacks/orbs/swords.

Scythe Mages. It’s absolutely not easy to get used to these enemies. Even though they have slow and straight attacks, it’s still hard to observe and predict the projectiles. In my strategy, I usually move sidestep after shooting several times. When you have to deal with numerous enemies, let’s move and hide yourself behind walls because these enemies are not able to walk through walls. Prioritize to eliminate melee minions or Laser Bats before Scythe Mages because the Mages can’t trail you as fast as the two kind of enemies above.

Volcanoes. Having high vitality and being able to shoot slow fireballs in every route. Remember not to fight these enemies at first even when you have the ricochet. It’s better to kill other enemies while moving around. It’s totally not difficult to evade the slow fireballs, you can even stand at the gap between two fireballs to attack other enemies. After that, you just move around the volcano and repeat the process.

Wolves. More annoying than Skulls because of their longer charging ranger and higher HP. However, it takes Wolves more time to charge up than Skulls. You’re advised to acquire at least one freezing attack/orb/sword by now to get a better chance to defeat these melee enemies.

There’s nothing too difficult here except the problem that you might get Max level in these stages so you can’t heal up your HP by getting level up. You should take advantage of the Heal from the Angel in stage 45.

Move to one side after shooting 1 – 2 attacks.

the same strategy as Crossbows, just move horizontally and escape from the crosshair each time they disappear.

Remain a certain gap and try to hug the walls tightly. Carefully observe the attacks if they’re in your x & y axis direction. When the dragon aims to face you, just run away.

I suggest that to defeat this boss you need to have a good skillset. When a big red orb is aimed at you, move diagonally a little, do not sidestep. The big red balls will separate themselves and hit you if you move in sideways. Kill the smaller plant if it appears near your position, but if it comes out far from you, don’t care much or try to pierce it while attacking the big plant.

All you need to do is keep a certain gap from it. Its projectiles are in straight direction so it’s easy for you to avoid by moving horizontally.

I really want to post this Archero Chapter 1 Guide to share some experiences with new players who were...
Read more

Best Archero Weapons Frequently Asked Questions Why does everyone think that Tornado is the best Archero weapon? Because of its abilities:...
Read more
Subscribe
0 Comments
Inline Feedbacks
View all comments