First time play The Lost Kingdom and don’t know what to do? Avoid making these Kingdoms vs. Kingdoms (KvK) mistakes is what you want to do while you are fighting against other Kingdoms. 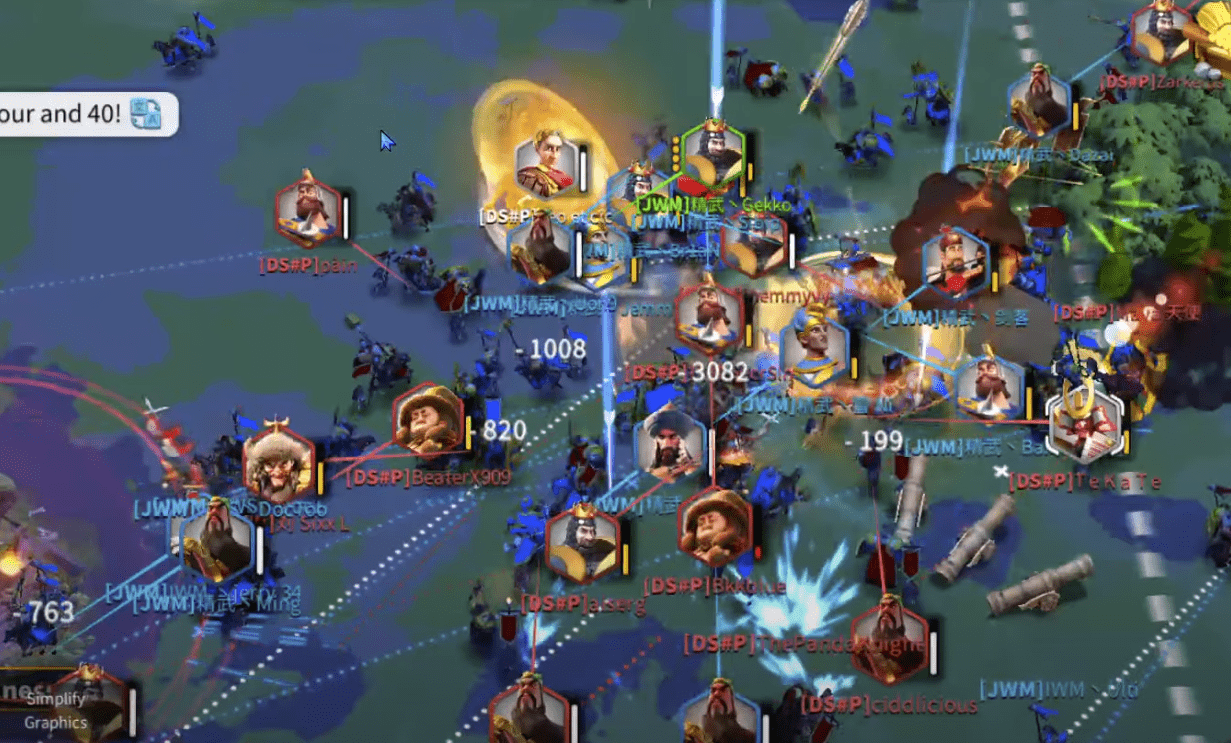 One of the worst mistakes that you can make is not farming individual points effectively. This is commonly made because new players tend to farm level 26-30 barbarians. This action doesn’t give you many points, which leads to your loss of action points.

All you should do is conversing your action points and attacking level 31-35 barbarians. Moreover, make sure you will take advantage of chain-farming method to get more action points. Aethelflaed, Baibars, or any Peacekeepers go with commanders that have powerful AoE skills will be useful.

When you are refilling your action points, delegate some armies to collect resources. A numerous number of resources will be needed to set up an immense battle to tolerate an enemy’s kingdom. Keep sending your gathering commanders.

In addition, your alliances have to join in and take Ancient Ruins and Altar of Darkness so as to get individual points. You will not only get more individual points but also get more alliance points, which will give you a hand to boost both your individual rank and alliance rank.

Not farming alliance honor effectively is another KvK mistakes that you are able to make. You have to be in touch with every alliance in your kingdom. Point it out with your alliance what is necessary to boost your honor points from obtaining holy places for the first time.

If two alliances happen to come from your kingdom. Talk to them to divide the rewards depend on rank. A few mistakes that some players have made are participating in another alliance in their kingdom, demanding rewards, and not refunding to their alliance to claim their alliances’ honor points.

It not only takes their alliance points but also damages players in progress. Thus, ensure that you will take advantage of it by demanding. Players in kingdoms have to concentrate on sandbagging one or two alliances in your kingdom to take the best out of the rewards.

Do you think whether it is better to upgrade your kingdom or not while other kingdoms are getting bigger?

In The Lost Kingdom. You will probably have to keep in touch with other kingdoms. I would have to say that you need them because, in the Crusader Achievement, you have to attain Crusader Camps from other kingdoms.

You can do this by two methods: attain it by power or do it diplomatically. Sometimes, you have to put a relationship with a kingdom to an end because of their lack of diplomacy although they have plenty of numbers and activities.

A kingdom with powerful diplomacy always ends up being much stronger in wars against enemies. Having a diplomatic is the best way to preserve your kingdom’s interests and others’ interests as well.

Not cooperating with other Alliances

This is very important in Kingdom vs Kingdom battles. It is one of the most difficult and most tricky things to do. However, by having an association with other alliance at the beginning of the game in your own kingdom, you will be able to handle it.

Make sure that other alliances know that you are supporting them. They will refund you by their support. Remember to alternate officers and commanders to keep online status and to continue developing the relationships with other players in the kingdom.

Most of the successful kingdoms get stronger by collaborating with the union and doing it tactfully. Create more relationships, fewer opponents, and more power for you. As there is a quote: “Keep your friends close, but your enemies closer”.

Having a voice chat is compulsory in a KvK battle. I highly recommend Whatsapp/Discord and Mumble as means of voice. They are useful to call upon players when a war is upcoming so that you can prepare for it.

Voice tools will help you to be able to talk and bring orders immediately. Furthermore, you can have a conversation with other players and somehow you can learn a new language. This will make it easier to make new friends.

I’m an English speaker but I once had some Russian alliances so that I learned a little bit about their language. Therefore, I believe that it is better for you to use voice chat to communicate with others in a game, you will probably meet them in real life.

Not preparing against block strategy

This is one of the most maddening although it is a useful and intellectual way that stops enemies from landing a flag to attain places. Enemies usually do this by selling the city next to the spot to prevent alliances from landing the flag.

Therefore, alliances who want to obtain the spot have to damage the city and burn it so as to move to other places. The Pass Block plan is a helpful way to slow down the upcoming wars.

First thing first, your alliances can make a financial contribution via a back account by sending it to a player who is undertaking to be a bank account. Having a bank account, you will be supported during the battle.

Some players change their mini farming accounts into bank accounts in order to give support to them when they need help. You should dispatch money to players who need help in a manner that will not end up the bank accounts rapidly.

To run bank accounts successfully, you should follow these rules:

Not having enough Teleports

This is also one of the most KvK mistakes that you can easily make in Rise of Kingdoms. While you are in a battle, you need at least a couple of 3 teleports. You can buy more teleports in Alliances’ Shop or the Territorial Teleport because it is much cheaper to afford.

Before turning off the game, ensure that you will teleport out of the war zone. As usual, players just garrisoned in their cities in the war zone and just come to meet if their alliance flags were burnt down, which proves that they are going to lose in the war.

Thus, buy teleports as much as you can in Alliances’ Shop. Ask your commanders or officers to restock them if you don’t find any. It is worth buying some peace shields if you plan to stay in the war zone a little bit longer and will come back to the game after taking a nap.

Many players in Rise of Kingdoms don’t follow their alliances’ guidelines. This is one of the main reasons for the failures of some top alliances. Thus, they are rejected to collaborate.

You can easily see what type of signs that your alliances left by making the star icon next to your profile. Touch it to see the signs on the map. On the other hand, you can check it via your alliance messages.

Not knowing what troops should be sent

I believe that most of the players don’t understand the function of commanders in Rise of Kingdoms. If they only send the archers, it means that certain commander only creates a great deal of damage, defense, marching speed and health bonus to archers.

You will probably want to take the advantage of it. The benefit of doing this is to reduce the cause and effect, dealing more damage and develop your alliances’ total combat effectiveness. Therefore, make sure that you know what troops should be sent.

The majority of players tend to come in The Lost Kingdom when they nearly reach 5 to 6 million power or when they have T4 troops. You will be in trouble if you come into the map with T3 troops and low power. Thus, keep setting power predictions to boost your kingdom’s growth and when your alliance member can’t achieve the goal, handover them to a farming alliance.

Last but not least, fun in the KvK battlefield is what you must have. Sometimes it can be quite competitive when you are fighting against giant players from other kingdoms. However, by collaborating with alliances and other players in different places, it becomes easier to conquer even the strongest kingdom in The Lost Kingdom.

Ensure that you are following these tips in KvK battles. Keep in touch with your alliance members, follow the guidelines, set predictions, send the right troops, send voice chat in the game and create a bank account ( it can be for your whole alliance or your account).

That’s all I want to represent, I fully hope that you will prevent yourself from making these top 12 KvK mistakes. Don’t make any mistakes in your gameplay or it will take your time, power and reputation. Therefore, all you have to do to win the game is to avoid making these mistakes.