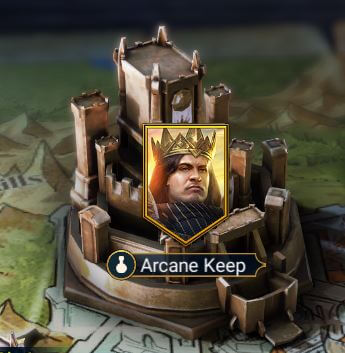 The Arcane Keep Dungeon is always available in RAID: Shadow Legends. It drops Arcane Potions, which is required for every Champion ascension.

The Arcane Keep boss has 2 abilities:

He also has 2 small troops by his side. The right one has the ability to remove all off your buffs to strengthen the Wind Slash skill. The left one has AoE DEF decrease skill to increase their damage even more. These two troops always die first.

How to counter Arcane Keep Boss?

The boss, in general, is not hard to beat. However, if your buffs get removed and your DEF also gets decreased, his attack will be surprisingly hard. Once all of the debuffs are removed, the fight will be very straightforward. As long as you has a Champion that provides buffs, his damage is not a problem. It’s even better If you have someone that can remove his DEF buff so that he will die faster.