Here are some of the best RAID: Shadow Legends team compositions for you! We will divide this article into different parts and each part is for each specific activity in the game.

Please do note that this is a basic guide that helps you can have a great mindset about choosing the synergy that suitable different goals in the game. 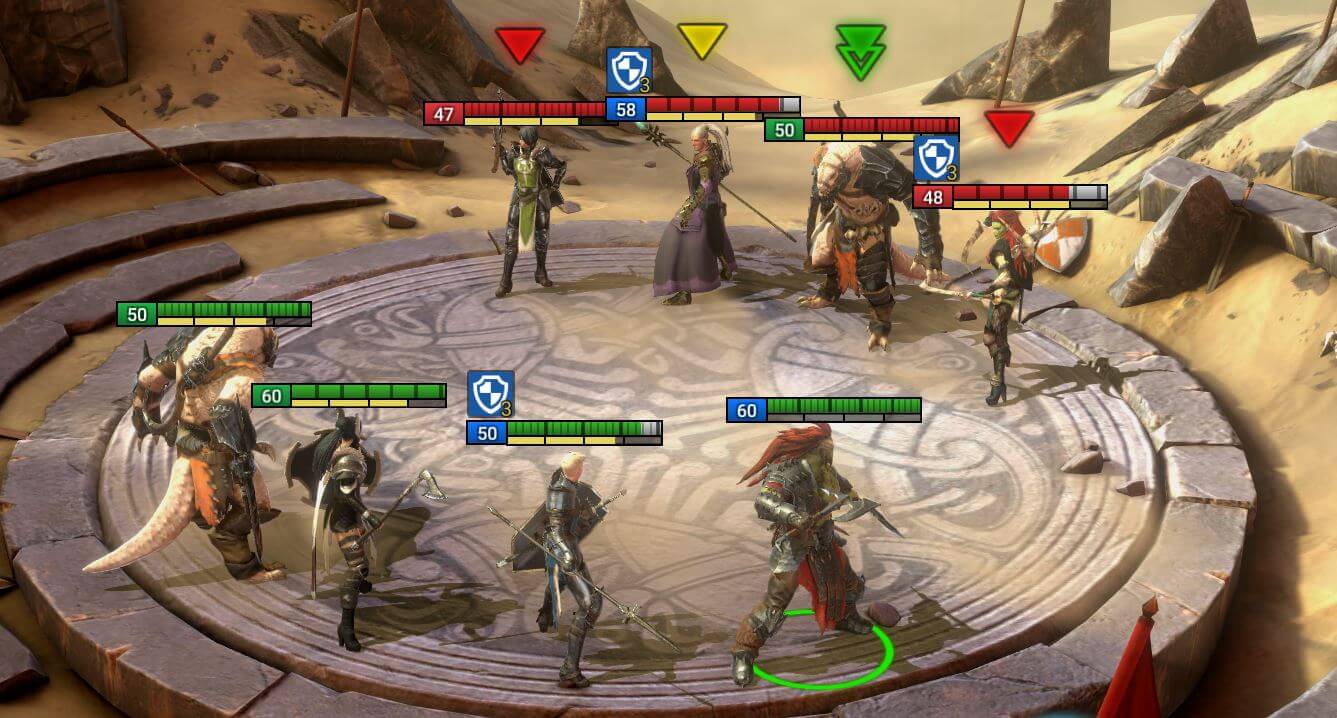 For farming in the Campaigns, you want to have a farming Champion who has high AoE damage skills and low skill cooldown.

I always recommend investing all of your resources at the beginning to max out a farming Champions. This will boost your game progression by a lot!

A farming champion with decent gears can easily clear the Brutal 12-3 or 12-6 stage with ease within 20 seconds, or even lower, saving tons of time for you eventually.

This is a bit challenging at first because you have to build up a team composition based on your limited Hero pool. Test all of your top Champions first, see how they work and who works best for you.

Next, start building your team based on some particular Champions. Here are some basic ways for you to approach the team building progress:

Dungeon Keeps: are very straightforward, simply brute force them If your team power is enough to do that. Otherwise, ensure you have a debuff in your team that can counter the boss’s strengths like canceling shields, healing reduction debuff, etc.

Dragon Dungeon: Debuff Removers are great against Dragon. You don’t need Speed here because the Dragon can reset the Turn Meter very often so that you cannot get many extra turns.

Ice Golem: You want to have Block Revive in your team. Also, try to avoid the full team counterattack buff because it can be very painful. Having Debuff removers is a plus point. Heavy single target Champions work best here.

Fire Knight: You want to use Multi-hit Champions to deal with him as it’s best way to break his shield. The Speed Debuff and Turn Meter Reduction are great here as well as they increase your DPS by a lot. Healers are not very useful here because his hits are not too hard, especially when he takes a lot of debuffs.

Spider: This is one of the most tactical battles in RAID: Shadow Legends. The easiest strategy you want to use is to go for AoE skills or super high single target Champions while using Speed Debuffs and Turn Meter Reduction. You want to have some decent Speeds as well because you want your AoE Champions cast their skills after the others. If you use counter-attack Champions, make sure their HP is the lowest ones so that the spiderlings will focus on them. Heal Reduction doesn’t work in this Dungeon. Also, avoid using Grant Extra Turn on Kill to avoid getting more Spiderlings.

Clan Boss: The easiest strategy is to use HP burn Champions and Poison Champions while having a decent Healers in the team before you have Giant Slayer Mastery. Multi-hit is great as well. This strategy works great up to the 3rd boss.

Last but not least, the power of your team is just a simple indicator amongst a lot of others. Do not take only it into account. Do not rely on it a lot. You want to check out the enemy skills, their synergies and your abilities against them.