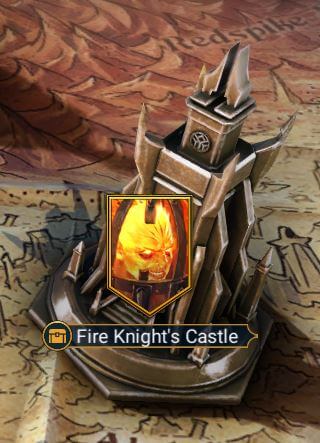 The Fire Knight’s Castle is the place where Fyro lives. By raiding him, you will be able to obtain these sets: Fury, Curing, Immunity, Shield, Crit Damage, Frenzy, Regeneration, Stun and Savage.

Fyro is definitely one of the most specialized dungeon bosses in RAID: Shadow Legends.

It will be very hard to defeat him if you don’t have a decent team with a correct strategy.

The only way to break his shield is to attack it a certain number of times.

If his shield is unbroken at the start of a round, he gains bonus attack and has the ability to decrease the enemy max HP. Based on the state of the shield in each round, he will also get healed.

If you are not able to break his shield, he is basically unbeatable. 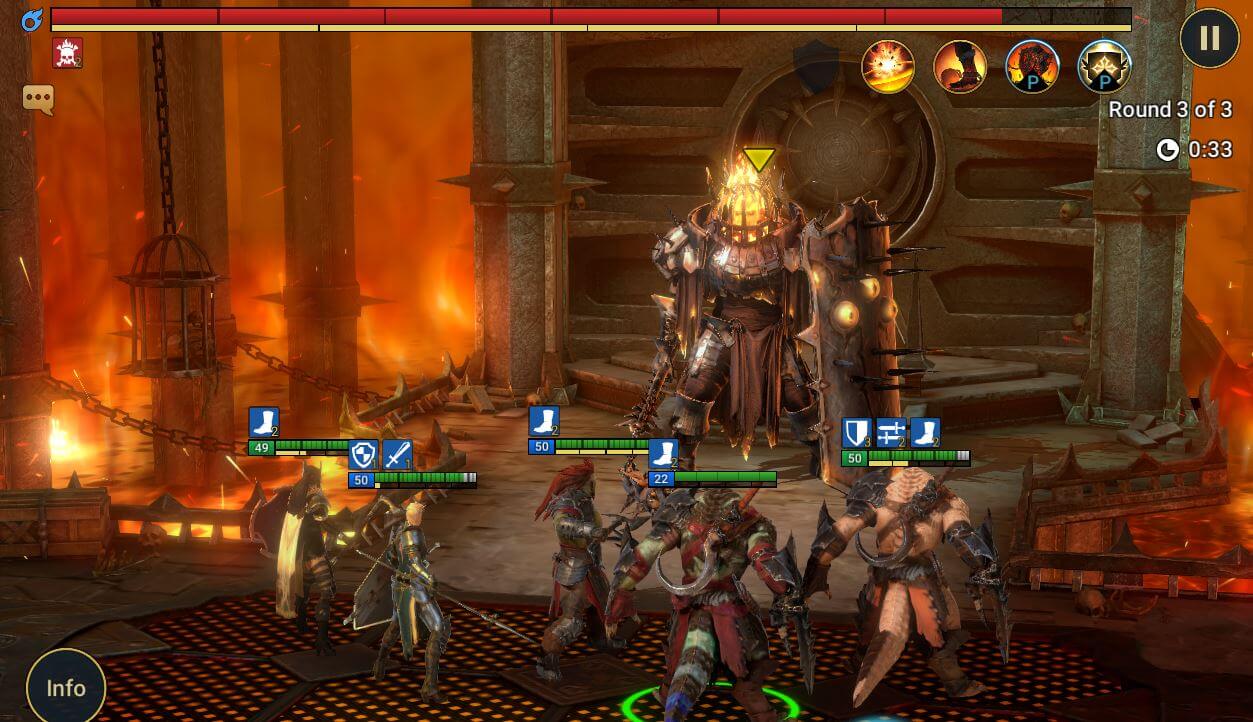 Unless you are a lot stronger than the stage, he will always heal up immediately and will hit you very hard.

Breaking his shield in stages 1-6 is pretty easy since it takes 5 hits to break and you have 5 Champions.

From stage 7, it becomes a lot harder.

Do note that his shield counts “hits”, not “attacks.

This means that Champions like Athel, who hits 3 times with the primary attack, is very good here as well.

Your first priority is to build up a team of Champions who can do multiple hits at a round.

In RAID: Shadow Legends, players can fuse, or combine Champions to get the more powerful & higher rarity ones....
Read more

Look on hits what you need to destroy a shield