If you are reading this article, you are probably very new to the game and want to get efficient progress in RAID: Shadow Legends as a beginner.

In this article, I am going to put all of the most essential RAID: Shadow Legends tips every new player needs to know regarding the final goals and choices in the game. 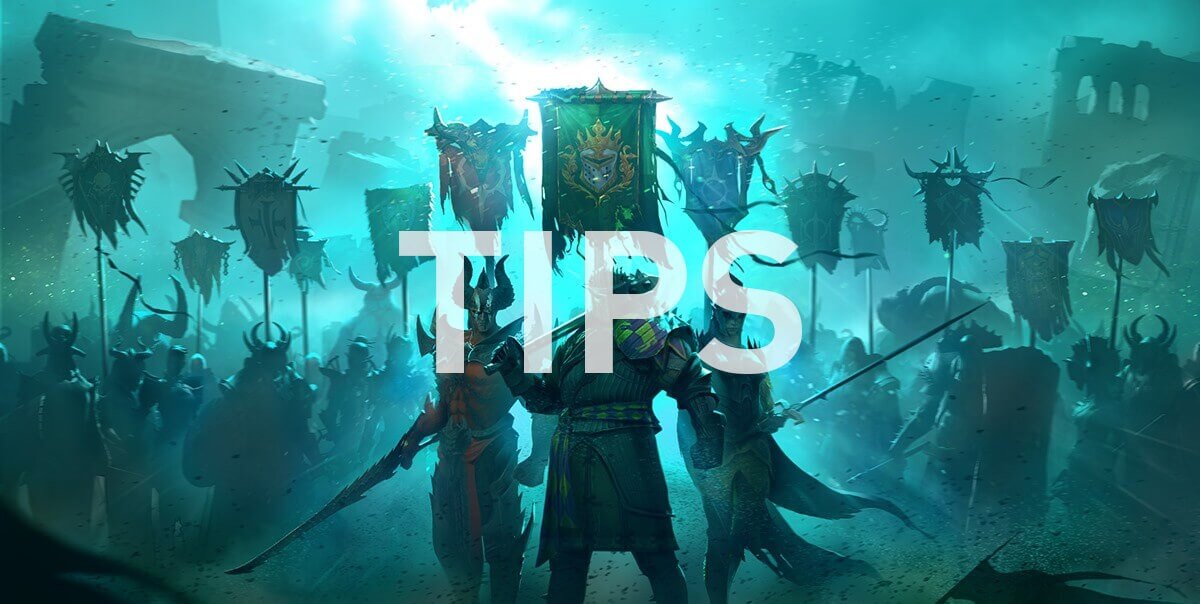 After finishing the brief tutorial of RAID: Shadow Legends, you enter the Early Game stage of the endless journey.

After you finish the Brutal campaign, the Early Game stage ends and you will start tackling dungeons to further strengthen your Champions.

This progress usually takes you less than 2 weeks to complete.

If I am super unlucky?

This guide is written based on the fact that you have the worst luck on the world and not getting anything valuable from the shards so do not worry about that!

There are a lot of Champions who can do the jobs better than the ones mentioned in this article. You will want to use them if you are lucky enough to pull them out.

For example, If you manage to get a Legendary champion, such as the Queen Eva, who is excellent at farming Campaigns, just use her instead of your starter Champion.

Having a great farming Hero can make your early game progression passing a lot faster.

If you are willing to spend money into the game, spend them on EXP boosts and Energy refills.

At the very beginning, you will be able to pick 1 from 4 different starting Champions given by RAID: Shadow Legends.

I have to say that every Champion is great at farming. You can upgrade any of them to 6⭐

The starter Champion will become your main driver, or can be also called farming champion. It can solo farm in Campaign while leveling up other fodder Champions. Fodder Champions are the ones you use to level up or ascend better Champions.

Most players like using Athel or Kael. But, to be honest, any starter champion is acceptable.

Push as far as you can in the Normal Campaign.

During the beginning, you will soon receive a 3⭐ Rare Characters, Warpriest. She is a great support for the early game.

Now, you have 2 Champions, the starter champion and Warpriest, to be the backbone of your team. Use any common, uncommon and rare Champions you have to upgrade them.

Do not use Epic or Legendary Champions as food.

It’s best to level up the 2⭐ Champions, rank them up and use them as food.

By ranking up the Champions, you will boost their stats by a lot.

Rank up your Starter Champion first, then the Warpriest.

Rank your Starter Champion to 5⭐

After your Stater hitting level 40, you need to upgrade it to 5⭐ using four 4⭐ Champions.

When you get stuck, go to the highest possible campaign chapter you can play and farm at stage 3 of it. Use your Starter Champion and 3 other foods in your team to level them up.

Keep doing this over and over until you get your starter to 5⭐.

This stage provides a great XP/Energy ratio. It also gives you more Silver than farming at 12-6.

Rank your Starter Champion to 6⭐

You might want to focus on other things by now. However, I have to say that getting your Starter to 6⭐ is the most efficient way.

It will save you tons of time and resources.

Your primary goal during the early game is to get your Starter Champion to 6⭐. This is because it’s the key to help you get other Heroes to 6⭐ a lot easier.

All of the starter champions in the game can farm at Campaign Brutal 12-3 with ease (equipping decent Lifesteal + Crit/Attack gears). And you can easily obtain the decent gears for them while exploring RAID: Shadow Legends.

I recommend getting your Starter commander to 6⭐ before getting anyone to 5⭐ (except the fodders for your starter, of course). This gives you a huge boost to your farming speed, helping you level up the rest a lot easier. 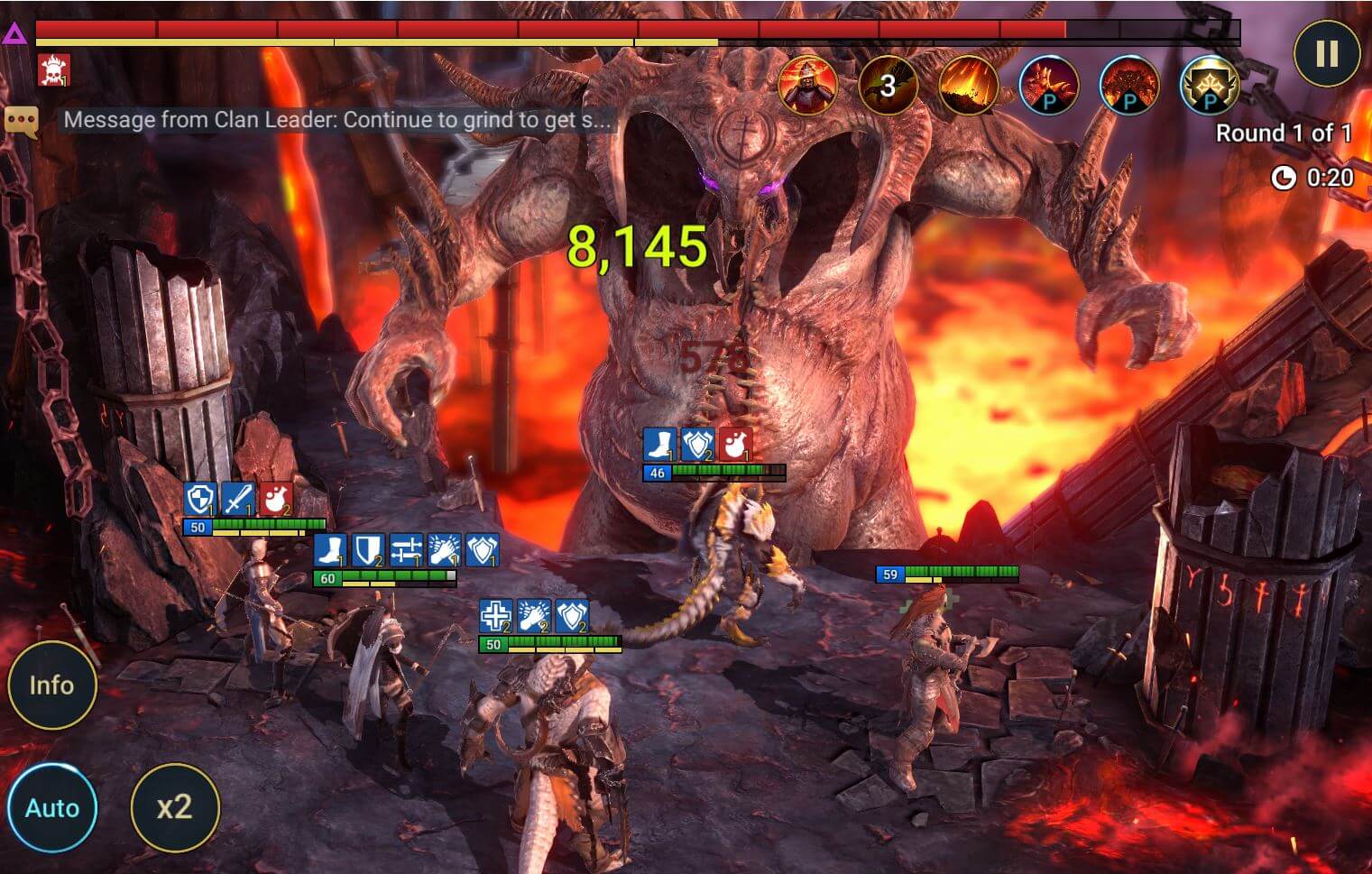 After getting your main farming Champ to 6⭐, it’s time to start working on other Champions.

One of my favorite move is to build up a team that can be helpful for both Minotaur and Clan Boss to start grinding Masteries.

I believe that most of you should ask “What should I 6 star next?” by now.

As mentioned above, your first 6⭐ Champion should be always a farmer. It’s your starter champion If you are unlucky and cannot pull any better one.

The next 6⭐ Champions you should get are the ones who could be useful in many PvE game modes of the game because they require a huge investment of resources. They are the ones that help you in Dungeons, Clan Boss and Arena at the same time.

Both Athel and Kael are excellent for Clan Boss team compositions.

Kael has Poisons while Athel has 3-hit and Weakness.

Outlaw Monk and Armiger are two great uncommon Champions that do pretty well in the Clan Boss battles as well.

Your Goal while dealing with the Clan Boss during the early game is to stay alive as long as possible, or at least through the first damage boost. More details will be mentioned below.

Warmaiden, Spirithost, Berserker and a starter Champion can be a perfect arena team for your start in RAID: Shadow Legends. All of those non-starter Champions can be found while farming in the Campaign, making this team suitable for everyone.

The basic concept of the team:

Level up the Spirithost as fast as you can so that the turn order can follow the pattern above. Ensure you give your team enough Speed so that they can cast the skills first (Get Speed on your boots).

Accuracy is a great set for Warmaiden. Get Crit%, Crit Dmg, Attack% for the rest of your team.

This team can even make it to Silver with ease If geared well.

Check out this RAID: Shadow Legends Dungeon guide to learn more about each Dungeon to make sure that your Champions have some great uses there.

You farm in each Dungeon for specific items so having different Champions for different Dungeon teams are still worth investing.

Basically, you can to have these stats while farming in the Dungeons:

0
Hello guys, in this article, I am going to show you the easiest way to set up the auto...
Read more
RAID: Shadow Legends

0
Tired of not getting any good champions for a long time? Still stuck at bronze and can’t advance to...
Read more
RAID: Shadow Legends

How to Get 6-month Free Amazon Prime for RAID: Shadow Legends