In RAID: Shadow Legends, you will spend most of your time in the Campaigns during the early game to farm gears and level up your Champions. 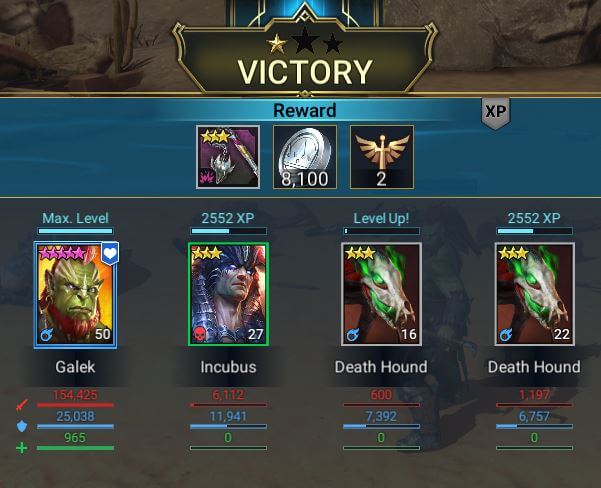 The campaign is the best place for farming XP

The campaign is the best place for farming XP and leveling up your Champions (both main ones and fodders).

If your Champions are not maxed out yet, push as far as possible in the game campaign. Then, just farm at the highest possible chapters.

If you are trying to level up your fodders, you want a Farming Champion. Farming Champion is the one who can solo at the chapters you are playing (It’s Galek in the screenshot above).

Basically, you need to send this Champion into the battle with 3 food Champions (because the earned XP is split equally). The food Champions are usually killed in the first round while the farming Champion will make it to the end.

In each campaign Chapter, the 6th stage gives the highest XP (even more than the boss stage); the 3rd stage drops Shield, which can be sold at a higher price than other gears. 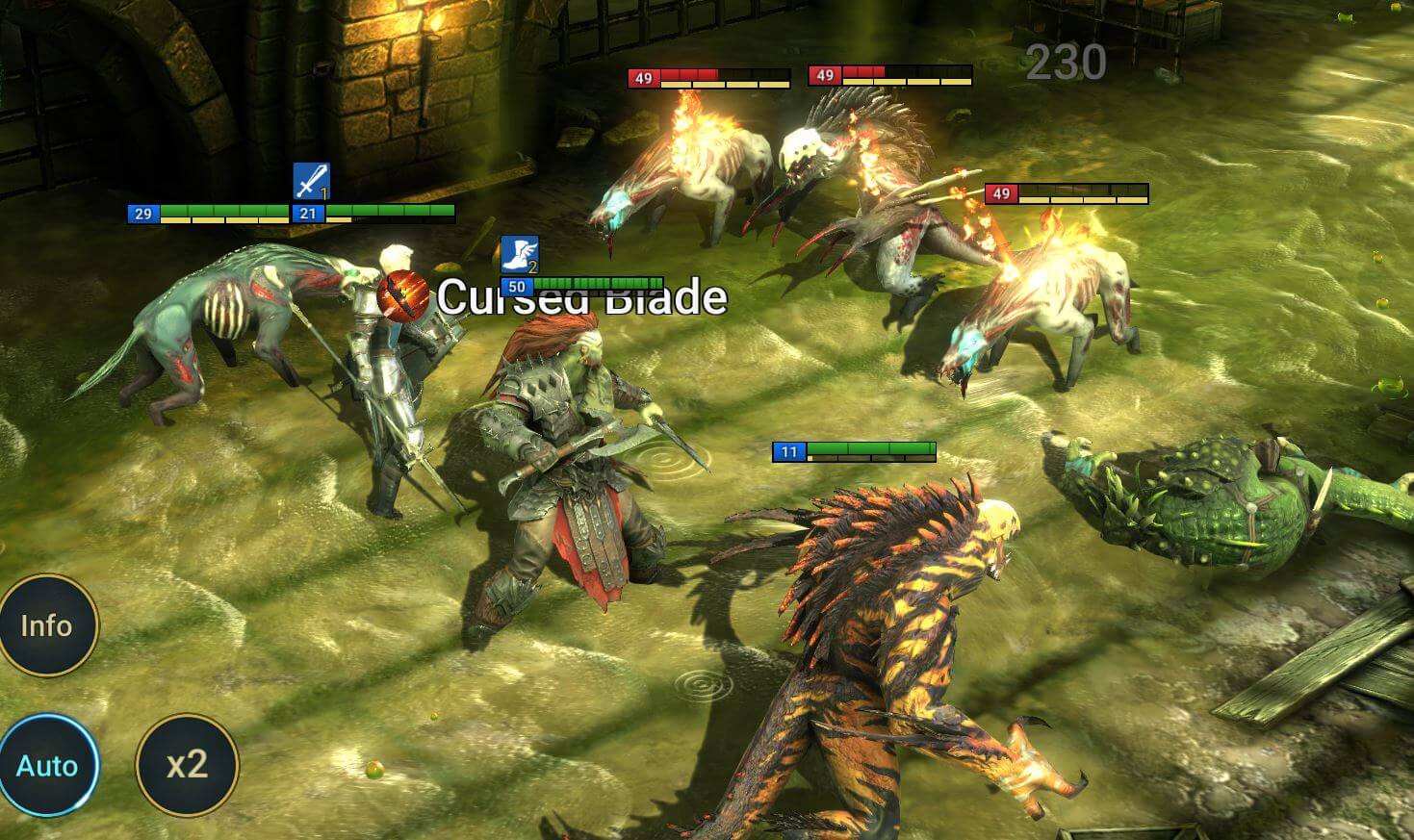 You also want to play in campaigns for gears so that you can easily target any exact type of gears you need, making it easy to equip any champion.

People usually do not want to farm gears in Campaigns because Dungeons give Epic gears. However, the main reasons for farming in the Campaign are Energy Efficiency and Progress.

Until you get a 5✭ epic gear, you will continuously replace the gear (a lot) with better ones. All of the Energy points you spent on those swapped gears are technically wasted.

In order to minimize the waste, farming gears in campaigns saves you tons of Energy. You will be able to equip 5✭ campaign gears before seriously farming for gears in the Dungeons. This also helps you to go deeper in the Dungeons to reach much better rewards.

Dungeon Stage 7 drops 3-4✭ gears most of the time. You need to farm at least Dungeon stage 10 in order to ensure that 5✭ gears will drop but it will cost 12 Energy each run. And it will take you a ton of time to fully collect all 6 pieces of a set. Not mentioning that the dropped gears have to have the right star count, main stats, etc.

Getting a proper set from Dungeons during the early game is extremely hard.

Targeting specific pieces of gears help you gear up more efficiently and quickly. Just farm till you have the right main gear stat and decent sub-stats, it’s a lot easier.

You will need to level them up a bit to see their sub-stats but the costs will not be an issue for you.

They are obviously not strong as Epic gears but Uncommon Gears = 80-90% as strong as the Epic gears. And you have to spend much lesser time to get them.

Then, you can use those gears to push further in the Dungeons, towards those 13+ floors and get a better chance of getting 5✭ Epic gears.

In addition, you just cannot farm for XP in Dungeons. Farming in Campaigns gives you both XP & gears at once.

Simply by upgrading your farming champion rank and leveling up the gears a little bit, you can beat the Campaign in RAID: Shadow Legends with ease. The Campaign bosses do not require any specific strategies to beat. 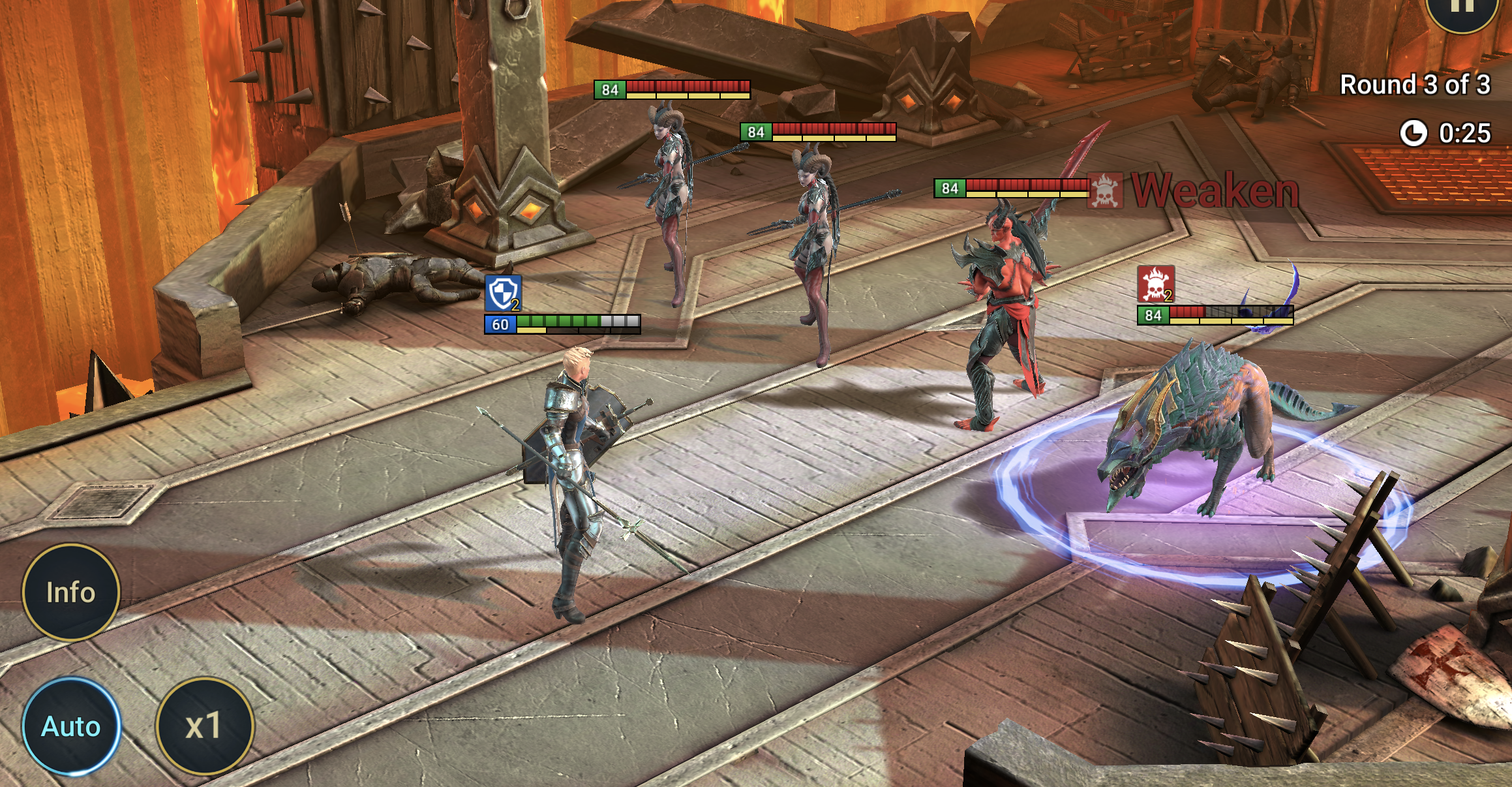 If you are new to RAID: Shadow Legends and don’t know what to do. Well, the 1st thing that you need to do is reaching as far as possible in the campaign and investing in your farming champions. In most RPG games, especially in this game, the campaign is the best place to level your champions, and also is a good place to get gears and champions by farming.

So in this guide, I will give some tips/general information about the campaign.

About starter champion: All 4 starter champions can farm well in the campaign. If you have any problems, it is usually because of your champion not having enough level, not ranking up or having bad gears/gears with wrong stats, or farming in the wrong place.

You might have seen videos of people using Bellower or Saurus that can clear Brutal 12-3 in less than 10 seconds. And somehow you are lucky enough to pull one of these champions and start investing all resources and gears on them. But they don’t do as you expected.

Well, because this game is very well balanced, low cooldown abilities also have low power scaling. So to do as good as those people on videos, you will need to have insanely good gears, which is likely impossible to get in the first few weeks of playing.

So you need to focus on a few things: 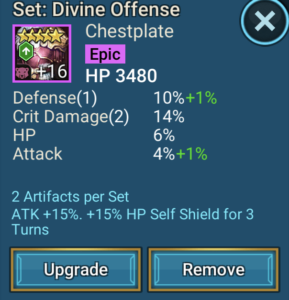 For your starter champion gears, you should aim for the following main stats:

For sub stats, anything that helps increase main stats is good. For example Crit chance/Damage, %Attack …

Ranking and levelling up Champions

Ranking up champion is considered the biggest power boost in the game. It would help a lot if you stuck at a certain stage or act.

To rank up a specific champion, you need to level that champion to max and then use “food” champions that have the same rank in the tavern. The number of “food” champion you need is equal to the rank of the champion. For example, to rank up a 3* champ, you will need 3 3* champ, 4* champ will need 4 4* champ, and so on. The maximum rank is 6.

These following steps will show you how to rank up your starter in the early game:

The most efficient way to level up “food” champions is to bring them with your starter to fight in the campaign. Even if your “food” champions die, they still receive EXP cause EXP is shared between all champions equally.

Avoid using Rare/Epic champion to food. You should rank up common/uncommon champions to use as food.

I am now stucking at act X stage X. What do I do now? Do I need a different champion or some specific gear?

You need to rank up your champ. Look for gears in the market or farm it in the campaign.

Is Executioner is a good farmer? Should I try to get him from the campaign?

A maxed skill executioner can help you push through brutal difficulty. But you have to make a choice between using skill books or to grind enough duplicate to max all of his skills. Because skill books is very valuable later.

If you choose to do the grind, it may worth the investment since Executioner could be a high-level Minotaur farmer.

Should I food rare/epic champion?

Definitely not cause you may regret it later. You should use common/uncommon champions for food.

It does have. Brutal has a higher chance of getting champions than Normal or Hard.

Should I farm dungeon for better gears?

Most likely no. Because the chance to get good gears is low, especially in the early dungeon stages.

If you are stuck, level/rank up your champ, find gear in the market, and farm gear in the campaign.

Should I farm boss stages for rare gears?

It just a wasted of energy and time. Common/uncommon piece with right main stat is much better than some rare gears.

Should I farm accessories in 12-7?

You should farm in Spider Dungeon later because it can drop better accessories.

How to Speed Farming?

After reaching Brutal 12-3 and farm it normally, even with auto mode on. You may want to improve your speed to utilize the energy regen. So to do it, 1st thing is rank up your champion to 6* and level up to 60, then your starter must reach these following requirements:

These above stats will help your runs reduce to roughly 40 – 50 seconds each.

If you are using a magic champion, your Critical chance can be about 85% because of bonuses from affinity.

If you want to reduce to 20 – 30 seconds run, your starter will need accessories from Spider dungeon to reach following stats:

With these stats, your start will easily one-shot the enemy team with AoE skill. And you may not need lifesteal set cause enemies can’t retaliate so you can invest in Crit Damage/Attack more.