This RAID: Shadow Legends Arena guide will show you some general tips, some common mistakes to avoid and lastly how to deal with Reinbeast, who is everyone’s favorite champion in the arena. 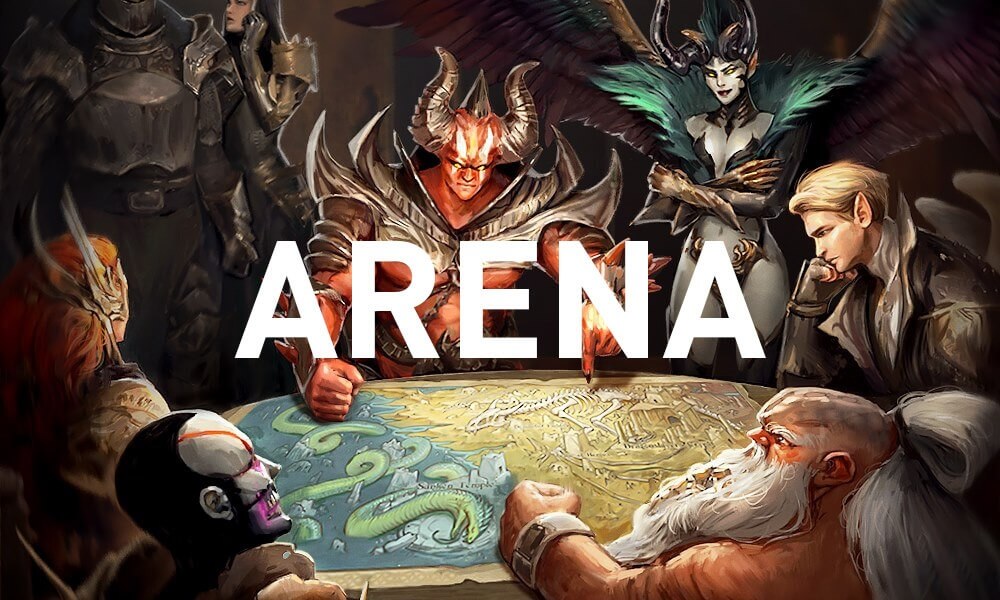 The most common mistake that players usually made in the Arena is about gearing. In the early stage, RAID will give you five stars items to new players. And no doubt that they will equip it immediately. But the thing is, those items can be worse than rares from the campaign unless they have the right stats.

Gear is a very important part of RAID: Shadow Legends.

A good rare gear can be much better than crappy legendary gear. So you should choose gear with the right stats and good bonuses.

For example, attackers generally want to deal as much damage as possible. To do that, they need gloves with increased % crit damage as main stat, chests with increased % attack and boots with %speed. Attackers are usually fragile so they need to be fast to burst down enemies, get to their turn as soon as possible before getting attacked by an opponent.

Many people wondering why their attack champions don’t do lots of damage although they have quite high power. The main reason is the gear that they currently using has wrong stats. Like, gloves/weapon with flat defense stats, chest with %hp increased or boot with flat attack stats. That needs to be fixed, you must find boots with speed as the main stat, chest with %stats increased and glove with crit rate or crit damage.

The other reason is affinity. Which is also very important, because it affects your champions attack damage deal and hits taken. Your champion does 20% less damage for every hit, has 15% less critical chance, 35% chance to deal a “weak” hit (can’t deal critical damage, can’t place debuffs) that decreases damage by further 30% when attack a target has a stronger affinity.

Reinbeast is a force-type champion, which means that you will have a hard fight if your team has Galek, Elhain, Gorgorab, and Executioner. Try and get more different champion types if you can, so the weaker type won’t stop you.

Investing in increasing % Crit chance and % crit damage is way much better than increasing % attack. Critical hits will multiply damage to your attacks.

But SPEED is the best stat in Arena if you ask me.

Speed not just decides who goes first, but it also affects Turn Meter. This means that you can ahead of your enemies 2 turns even before they get to their first if you have double the speed. This gives us lots of advantages because you will have quicker skill cooldowns and more actions taken against their foes. It doesn’t matter if you have 5-6k attack but have a low-speed stat.

Without speed, you are just like a strong dummy in battle.

This is also the reason why Reinbeast kills people. His “Continuous heal” skill is quite broken if he gets more turns than you, your team will certainly die if you can’t outrun him. He will heal constantly and keep attacking till your team all dead. So you need to invest in speed stats, his heals will be useless if he doesn’t get another turn to proc “Continuous heal”. Or if you get like the same amount of turns as him, you can kill him if you can deal more than 15% of his HP per turn.

Know how to arrange your team

Don’t just put your strongest champions into a fight, you need a good strategy to do well in arena.

Lastly, one again, SPEED is everything in Arena battles. Every single one of your champions must-have speed boots. You can win stronger enemies with speed buffers and speed auras. But it doesn’t mean that your team should have like 3 speed sets, about 150 is fine. Then you should focus on building crit chance/damage, it is the best build.

Hopefully, you have gathered some great information in this RAID: Shadow Legends Arena Guide!

0
Hello guys, in this article, I am going to show you the easiest way to set up the auto...
Read more
RAID: Shadow Legends

0
Tired of not getting any good champions for a long time? Still stuck at bronze and can’t advance to...
Read more
RAID: Shadow Legends

How to Get 6-month Free Amazon Prime for RAID: Shadow Legends