In RAID: Shadow Legends, players can fuse, or combine Champions to get the more powerful & higher rarity ones. Fusing Champions can be done in the Summoning Portal.

Once you have reached a decent level which allows you to keep 1 copy of each Rare Champions in your vault, do it so that you can do the fusion quickly whenever a new fusion is released. 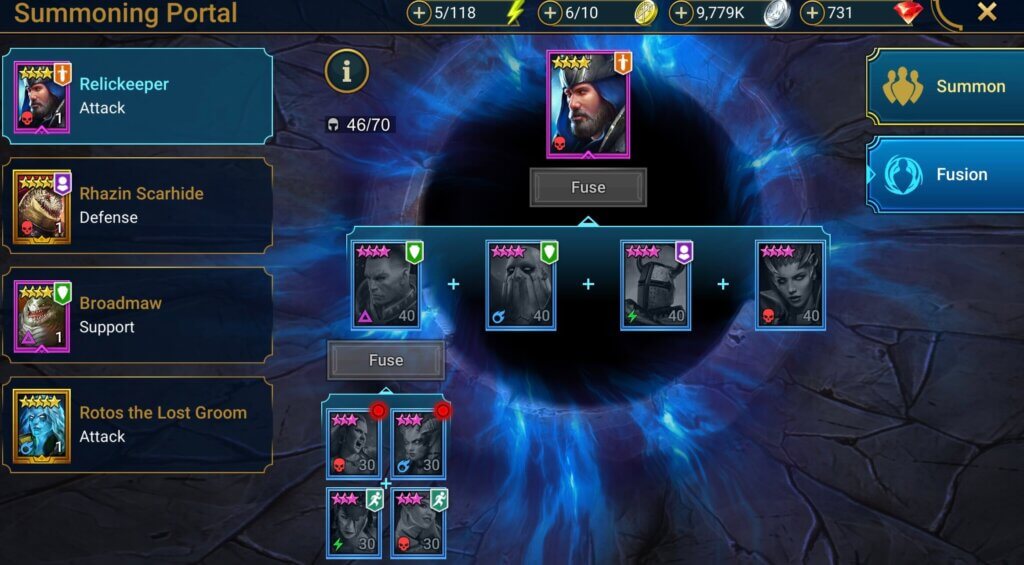 At the moment, there are 3 permanent fusions players can do:

There are a lot of fusion events that allow you to get some extremely rare Champions by fusing just only one time.

Whenever you ascend your Champion, you need a certain amount of Affinity Potions and Arcane Potions. The table below shows the exact amount of potions you need for every ascension.

Note that the format we use is Affinity Potion / Arcane Potion

About the Potions, do not fuse all of them. Always keep your Magic, Force, Spirit and Void potions in the initial state and only fuse them when needed to ascend your Champions.

2
Below are the complete XP and Silver Rewards you can get from different Campaign Chapters in RAID: Shadow Legends. RAID...
Read more

3
Tired of not getting any good champions for a long time? Still stuck at bronze and can’t advance to...
Read more
Subscribe
Login
0 Comments
Inline Feedbacks
View all comments