If you are new to the game, we have some great tips right here for you in this RAID: Shadow Legends guide for beginners.

Table of Contents show
1 RAID Guide to New Players
2 The Affinity (Faction) System
3 Turn off Auto-Battle function to try out new Champions
4 Dominate the Campaign before jumping into Dungeons
5 Complete the Progress Missions
6 Join a Clan!
7 Aim for 3-Star Wins
8 Remember to Equip Full Gear Sets for your Champions
9 Upgrade your Gears
10 Rank up Low-rarity Champions
11 Don’t be too picky on the first Champion
12 Don’t stop grinding!
13 Duplicate Champions?
14 Do not Skip Quests!
15 Don’t give up on drops!
16 Stick with a Team Composition
17 Log in Every Day!
18 Remember the Tavern!
19 Do not underrate Healers!
20 Always have an Aura!

Playing the game, you are getting into an ultra-deep world with an endless journey. Players need to build up a team based on hundreds of different Champions in order to defeat the unknown scourge and save Teleria. 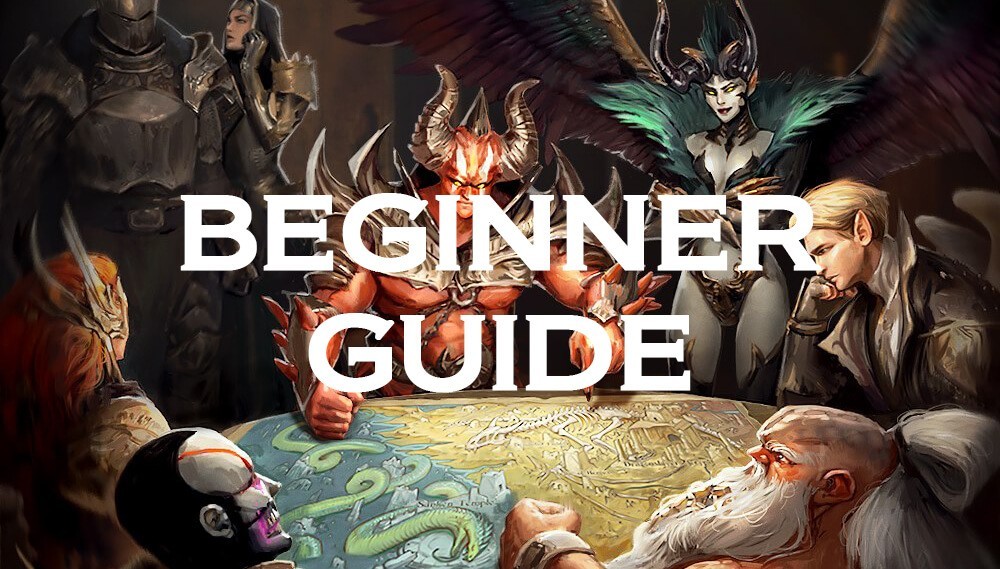 There are 4 kinds of Affinities (or Factions) in RAID: Shadow Legends, and in order to play the game easier, you need to understand what they are. They are Magic, Spirit, Force, and Void. The first three exist in balance with each other. Void (Purple) doesn’t have any disadvantages or advantages over the others. 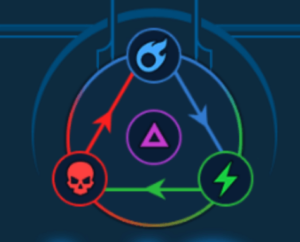 Players must remember their weaknesses and strengths in order to build up the teams accordingly to defeat the enemies.

Turn off Auto-Battle function to try out new Champions

Everything will become more and more complicated as you are playing RAID: Shadow Legends. It’s always a must to understand how each Champion works and how they synergize together. And in order to do that, it’s a lot better to play in the Manual mode whenever you want to try out a newly acquired Champion.

By doing this, you can easily understand how their skills work, their capabilities and their impacts on your team.

Dominate the Campaign before jumping into Dungeons

There are tons of interesting things that can be found in the RAID: Shadow Legends campaigns.

Farming in the campaign during the early game will help you strengthen your teams very fast, as well as will give you plenty of strong gears for the Champions. Therefore, you can advance in the Dungeons a lot easier.

It’s best to skip the Dungeon for a while until the campaign is nearly completed.

After completing the tutorial missions, the Progress Missions are another huge help for you in the game.

The Progress Missions are designed to help players understand the gameplay system of RAID easier. Not only that, you will definitely find numerous material rewards upon completing these quests, giving you a huge help in the long run.

At first, you can join a random Clan in the game to understand how the Clan function works. But you must keep looking for a suitable Clan that is more open to new players.

Looking for a great Clan is always a crucial tip for all RAID: Shadow Legends players.

Getting 3 stars is very crucial while working on Campaign missions. Even if you are not strong enough to get the absolute wins, always remember to come back and get extra stars because they will give you much better rewards.

Also, the more stars you get overall, the better rewards you will receive eventually from the campaign progress bar.

Remember to Equip Full Gear Sets for your Champions

It is very crucial to equip the proper set of gears for your Champions. Using random gears is okay, but equipping correct gears for certain Champions will boost the power by a lot!

For example, you want to equip HP-boosting gears or defense boosting gears for tank-type Champions. Sometimes, you also want to give the “squishy” Champions the gears which have life-stealing abilities so that they can stay in the combat much longer.

During the first day, do not upgrade your gears beyond +12 as you will find much stronger gears soon and the upgraded ones will become pretty weak. After playing for a couple of weeks, you will have enough resources to upgrade at least 3 sets of gears to the maximum level +16.

Upgrading gears to certain levels, you will unlock more perks for them and increase the power of the Champions by a lot. For every 4 new stages, a new bonus perk will be unlocked.

Focus on upgrading Epic (purple) items first, then Rare (blue) and the others.

Last but not least, do note that gears (including Chest Armor, Gloves, Rings, Boots, Banners and Amulets) can have many primary stats. You want to farm Gears that have not only correct set bonuses but also correct primary stats.

Ranking up a Champion requires some other Champions to be sacrificed. The sacrificed Champions must have the same rank as the main one.

Don’t be too picky on the first Champion

Once the tutorial finishes, you will get one from four title Champions: Kael of the Dark Elves, Galek of the Orcs, Elhain of the High Elves, and Athel of the Sacred Order. Don’t be too picky. They all are awesome and you can pick any as your initial primary Champion. Just pick the one that has the style you love.

You always can unlock the others as you play the game.

While exploring the RAID world, sometimes you will find it’s very hard to defeat the enemies and your newly acquired Champions cannot synergy well with the rest of the team. This is a perfect opportunity for you to understand the game a lot more and to grind!

Always try to repeat those campaigns or dungeons a few times because sometimes you get lucky, you can beat those stages. If the margin between the two sides are huge, keep farming in the previous stages to powerup your team.

While playing the game, you will get a lot of copies of the same Champion.

Not like many other gacha games, you can actually use the duplicated Champions in RAID: Shadow Legends in order to upgrade the others in the Tavern.

You just need to keep a few powerful Champions from different factions to use in the Faction Wars later.

Do not Skip Quests!

Do not skip your daily, weekly and month quests, especially if you are just starting out on the journey.

At first glance, the rewards seem small, but in the long run, they will definitely help you out a lot!

The other benefit of doing quests every day is to get familiar with different functions and features in the game easier.

Don’t give up on drops!

Earning loots is definitely the greatest advantage of spending time on campaigns and dungeon battles.

A lot of chapters will give you hard-earned rewards for all of the efforts you have spent. They are the top-tier rewards and will help you a lot in the progress.

Never keep grinding and you will get payback well.

Stick with a Team Composition

Do not overthink and switching your team composition a lot!

It is great to try out new teams and ideas in the game. However, it’s totally okay to stick with a specific team for grinding.

It’s easier to upgrade and rank up your unlocked Champions.

It’s because the daily login bonus will be quickly getting quite gorgeous after a couple of weeks. This is the best way besides grinding to gather resources and even top-tier Heroes in the game.

As long as you log in every day and consistently, you will quickly gain some impressive rewards, boosting your launch in the game.

Upgrading Champions is one of the key features of the game. Many players forget the Tavern during the early game so that we want to stress it here.

After unlocking the very first Heroes, you want to upgrade them using the materials earned from Campaigns, Dungeons, and Missions, as well as the Clan quests in order to get them more powerful!

Do not underrate Healers!

You always want to have at least a Healer in your team before leaving the town. Keep at least one Healer and never sacrifice him/her.

After you finish Chapter 1, you will get your very first Healer, which is also very strong, it’s the Warpriest. She is able to heal up the party’s wounds easily to ensure the entire team stays up till the last round.

The Support class has a lot of great Champions which can be definitely a strong part in your team, from the straight healers to ones that are able to raise up the dead allies, buff team power, and debuff the enemies.

Always have an Aura!

Certain Champions possess a passive skilled called an “Aura” which will increase a specific stat for every Champion on the team. Only the champion in the “Leader” position of the team will be able to project their Aura in combat. Make sure that your Leader always has an Aura! Each of the starter Champions have Auras, so be sure to put them to good use.

Hopefully, you have found this RAID: Shadow Legends Guide helpful. Don’t hesitate to comment If have any suggestion to help us improve the article! Have fun!

0
Looking for the most up-to-date RAID: Shadow Legends Tier List? You have just found one!On this page, we are...
Read more
Subscribe